A new Hexemonia review has been just published on the french website vindjeu.eu. Here some comments translated in English:

Hexemonia is a fairly simple game, original with managing the movement of its cubes between its tiles and few choices influenced by chance from the deck. We spend a good time around the game focused on its own city but also those opposing to prevent attacks, but also to take advantage of adverse weaknesses 🙂
The interaction is quite large and it is primarily this interaction that brings variety to the game. in fact, Hexemonia is strategic but its strategies are guided by the PVs brings from your capital. 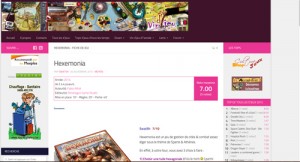 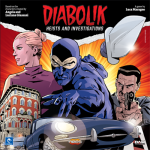